The 2010 Christmas Cracker in Dorchester was a great success. Despite minus figures for night time temperatures, Cracker night saw a great turnout. We were running a bit late and arrived just after 6pm and it was such a relief to not have to worry about finding money for parking! The Free parking scheme is… Read more »

The 2010 Christmas Cracker in Dorchester. Grab the kids

Students in Dorset are to be taught about the importance of fire safety in a 20-week course run by the Dorset Fire and Rescue Service. The scheme, known as Dorset Fire Cadets 2010, will involve teenagers from Thomas Hardye School in Dorchester and Wey Valley School in Weymouth. It is aimed at teaching a cross-section… Read more »

An Evening with Paul Atterbury

12 November – Entertaining stories and behind the scenes insight into the Antiques Roadshow. 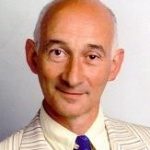 Great Puddings in Dorchester at the Taste Restaurant

£1 off shopping in Dorchester

£1 off shopping AND free parking

The Dorset Food Week 2010 got off to a great start this weekend with lots going on in Dorchester to tantalise the local tastebuds. The Festival of Food events are taking place throughout Dorset and runs all this half-term week from Saturday 23rd to Sunday 31st October with something for adults and also lots to… Read more »