A Very Happy Christmas to all in Dorchester BID Land

Three things for you to think about over Christmas… 1)  We will be offering a 50% subsidy on advertising in the ViewFrom series again for adverts  appearing in the ‘Experience Dorchester’ section in  Jan/Feb 2012. The same deal as before, you need to contact the Viewfrom, book the adverts and they will notify us you… Read more »

An Open Letter to Mary Portas

Dear Mary, As someone who has enjoyed your program output for many years (they would all make excellent training films too) I wanted to add my thanks and congrats on behalf of all High Street retailers for what you have done/are doing to champion the cause of the high street business. I tweeted you on… Read more »

Many of you will have already seen the report from Mary Portas on the nation’s high streets, and read her 28 recommendations for how to keep them alive in the years to come. The report comes with the shocking revelation that the number of town centre stores in the UK has decreased by 25,000 in… Read more »

Christmas Cracker Goes with a Bang!

Thanks to everyone who came along to Cracker Night on Thursday last week – we brought the magic of Christmas to Dorchester and proved that it’s one night not even the cold wind and rain could dampen! The town centre was absolutely buzzing, as South Street was filled with people enjoying themselves amidst the stalls… Read more »

So the big night is almost here, and the final preparations are being made for Dorchester’s Christmas Cracker Night on Thursday evening. The latest news is that ‘Mr Antiques’ himself Eric Knowles will be here to turn on the Christmas lights in South Street at 6.30pm. Viewers of BBC’s Antiques Roadshow will know him as… Read more »

Parking Report – The Results are in!

West Dorset District Council have just released a big 28 page report on car parking, looking at all aspects of the current arrangements and assessing ways in which things could be improved in the near future. Admittedly it might not make for lively bedtime reading, but it’s well worth a look for anyone with an… Read more »

It’s that time of year again – Cracker Night is just around the corner, the OFFICIAL start to Christmas in Dorchester! The event has been running for several years now, and the turn-out gets better every time. Can this year be the biggest yet? Let There Be Light! For this year’s Cracker we’ll be welcoming… Read more »

The BID is always trying to find new ways to boost trade and tourism in Dorchester, ensuring it stays a vibrant, eclectic and fun place to visit and live in. Our newest scheme, which we hope to introduce in the two weeks before Christmas, we feel could really enhance the experience of visitors to the… Read more » 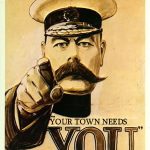 We were sad to hear the news last week that Norrie Woodhall, one of the most recognised and popular people in Dorchester, had passed away. What an incredible life she led – born in December 1905, she lived through almost the entirety of the 20th century, and her longevity meant that she was the last… Read more » 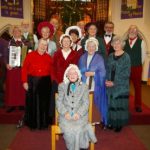 We had another great social media workshop this week at the Wessex Hotel. It was brilliant to see such a good turnout for our second level two session, and I think everyone took a lot from it, and left with plenty to think about regarding Twitter, Facebook, YouTube and more. Thanks to all who came,… Read more »