A Christmas radio advertising campaign promoting a variety of Dorchester’s businesses has launched on the Wessex FM this December. The adverts, proudly supported by the Dorchester BID and Wessex FM, detail the great variety of offers available from 25 businesses. Five seperate adverts have been produced. Each advert is introduced with the words “here are… Read more »

Hairdressers, jewellers, travel agents and fashion stores throughout Dorchester Town Centre were some of the entrants in a Christmas window competition. In total 17 shops entered this year’s inaugural competition. The winner was Nicoll World Travel who received the £300 cash prize and a trophy which can be re-used each year. The competition was organised… Read more » 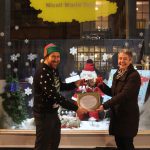 The countdown has now begun to this year’s Christmas Cracker in Dorchester which marks the official start to Christmas in the town. After a last minute hitch to get the final lights up has been overcome, the town is now ready for the festivities to begin. Contractors were unable at short notice to put up… Read more » 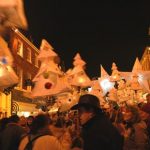 This Christmas Cracker night in Dorchester will see battle commence between the best town criers in the county. Last year saw Dorchester’s very own Alistair Chisholm triumph at the competition held in Beaminster and as such has the privilege of hosting this year’s event, but will home advantage be a deciding factor in the 2014… Read more » 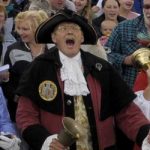 The festive time of year is upon us again and as usual, a faithful band of creative elfs appear to be sprinkling their Christmas cheer and turning the shop windows up and down the town centre into festive themes and snowy scenes. As an extra incentive this year there is a competition being held for… Read more » 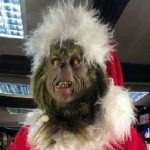 To celebrate the re-established links with Dorchester, Boston, Massachusetts the Dorset County Museum is hosting a fundraising event for the proposed development at the museum on Friday 14th November 2014 from 5.30pm to 8.00pm. The museum is planning a major refurbishment and development scheme, to better house its collections and offer more opportunities for public… Read more » 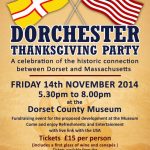 It’s nearly that time of year again! Yes, Christmas officially kicks off in the town with the Dorchester Christmas Cracker 2014. The date for your diary is Thursday 4th December from 5pm and the Christmas lights will be switched on at 6.30pm. There’s lots of be lots of things going on. As well as all… Read more » 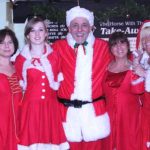 With Halloween just around the corner, we thought we would try and find out where the most spooky place is in and around Dorchester. Dorchester has an incredible history, and with a great mix of seventeen century buildings and talk of tunnels all round the town, finding a few ghostly stories shouldn’t be too hard… Read more » 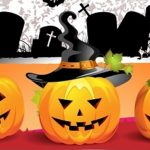 Well done to everyone who took part in this year’s Super Sleuth competition and managed to complete their entire album – we were delighted to see so many youngsters work so hard on it (and mums and dads too!). Now here’s what you’ve all been waiting for – the winners! We picked them at random… Read more » 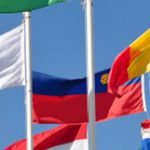 This year’s “Try This” festival begins on Saturday, with a huge variety of diverse sessions running each day until 4th October. Among the more than 40 sessions will be workshops on using Twitter, tracing your family history, Nordic walking, poultry keeping, lantern making and crochet. It’s great to have the opportunity to learn and experience… Read more » 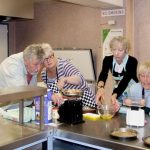