Dorchester Carnival 2016 will see the welcome return of the a fleet of Second World War vehicles. The display convoy is being heralded as the largest collection of tanks and armoured vehicles in Dorset since the war ended in 1945. The convoy will take part in the main carnival procession which begins on Saturday 18th June at 5:00pm. The procession will start from Fairfield car park opposite Brewery Square and will weave its way through the County Town.

The fleet took part in previous carnival processions in Dorchester and were greeted by large numbers of people who lined the streets of the route. The fleet’s participation in the Dorchester Carnival is part of a larger recreation event called Armour and Embarkation. Re-enactors and vehicle owners from around Europe will don original uniforms, carry weapons and equipment. These would have been taken on embarkation to give spectators a real taste of history and breathe new life into the story of D-Day and the Normandy invasion.

This take place over three days from 17th-19th June which will see participants and their heavy vehicles drive through the lanes and towns of Dorset for an unmissable and unforgettable display.

Dorset and the ports of Weymouth and Portland were the embarkation ports for the Big Red One and Pointe du Hoc Rangers.

For more information on the event see www.armourandembarkation.com 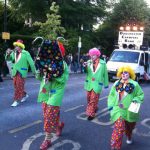 Your Guide to Dorchester Carnival 2014 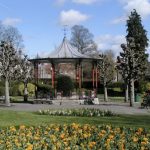 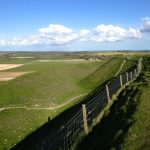 The Best Walks in and around Dorchester, Dorset 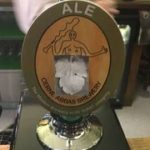 How thrilling, but why on these dates, rather than 6th June 2014, seventy years later? Wish I had been there for this thrilling event, as a member of the Guild of Battlefield Guides, I was not aware of it being held!