A local brewery has had their logo censored in a Houses of Parliament bar because of the shock that might cause.

Cerne Abbas Brewery Ale is currently on sale in the Palace of Westminster’s Strangers’ Bar but the pump clip, featuring our happy local chalk giant has been covered with a fig leaf because of the offence it might cause to people drinking in the bar!

Head brewer Vic Irvine who helps produce the beer said that no-one had taken offence to the image before. The brewery which only started production 15 month ago has the strap line ‘The modest brewery with giant integrity’. However it would appear that their integrity does not allow their logo to be displayed fully in all places.

Parliamentary beer group chairman and MP Andrew Griffiths said his colleagues had “got their knickers in a twist”.

Mr Griffiths went onto say: “The beer pump has the famous chalk man on the front of it and he is particularly well-endowed. That caused some consternation among the authorities here in Parliament and so a photocopy of a fig leaf was Blu-tacked in the strategic place. I think honourable members have got their knickers in a twist, but I hope as a result of it they drink a bit more beer.”

We hope that our elected members in Parliament will let the Cerne Abbas Giant logo be displayed in all its glory when the next barrel is due to go on sale in the bar.

Let us know what you think by leaving a comment below… 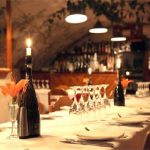 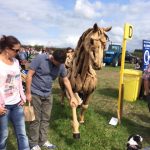 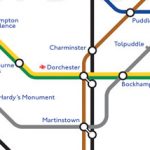 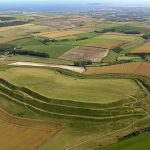