With less than one month to go until the Tour of Britain sweeps through Dorchester, we’re beginning to get ‘wheelie’ excited as we count down the days to the big event.

The highly-acclaimed race features over 100 world-class cyclists, who are set to undertake a 175.9km route from the golden cliffs of West Bay (11am) to the Ferndown Town Centre (approx 3:30pm) on Saturday 10th September. A historic event for Dorchester

The Tour of Britain is coming to Dorset for the very first time and we’re delighted that the county town is part of the route. Organisers expect the cyclists to approach Dorchester at around 12:11pm – 40km into the route, an elevation of 2.7m. The tour will pass through the town centre’s High West Street and will feature an adrenaline-fuelled sprint race.

Organisers are gearing up to showcase the wonders of the Jurassic Coast and Corfe Castle on the worldwide TV stage. Mick Bennett, Race Director of Tour of Britain, said:

“Bringing the UK’s biggest cycle race to Dorset is something that has been on our to-do list since 2004. After what has seemed like an incredibly long wait, race day is thankfully fast approaching!”

Benefits for local residents and businesses

“With stage seven of the race stretching from the West to the East of Dorset, we hope to maximise the potential benefits for as many local residents and businesses as possible, and we’re looking forward to providing a warm welcome to both competitors and spectators”.

Hosting this key part of the stage will not only give Dorchester the media coverage it deserves, but aims to positively impact the town centre. Phil Gordon, Project Director of Dorchester BID, said:

“Events like this don’t come along very often and it gives us the opportunity to really showcase Dorchester, its history, attractions and our tremendous range of restaurants and cafes. The remarkable variety of independent shops meshed with high street brands will keep you busy!

We are inviting visitors and locals to come and spend the day in town – Arrive well ahead of the actual sprint, enjoy some retail therapy and some refreshments before finding a great spot to watch the bikes racing through town. I’m sure many visitors will chose to stay for a further explore and maybe a meal out in one of our many highly rated restaurants.”

The Tour of Britain promises to be a highly competitive race. Dorchester BID urges all to go and cheer on the elite cyclists!

ITV4 will broadcast coverage of the action of every stage live, with a nightly highlights programme also being shown. The race can be watched live in over 150 countries thanks to the event’s partnerships with Global Cycling Network and Eurosport. 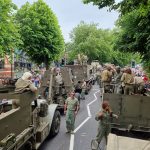 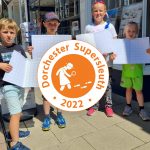 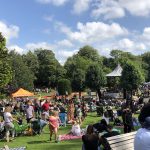 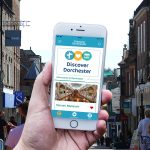 Dorchester gets a ground-breaking new App!